This topic is all about deviantART. If you have a deviantART this is the place to post a link to it.

I will start off by showing my deviantART page.
http://xjosh.deviantart.com
www.skyeatsart.com <-- has been empty lol
T-Shirts and more @skyeatsart affiliate (lafraise.com)
Haut 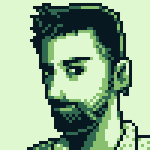 and I know Irie has deviantArt
its http://koruldia.deviantart.com

since she didnt realize I posted this, I will post for everyone (if any of you didnt know)
www.skyeatsart.com <-- has been empty lol
T-Shirts and more @skyeatsart affiliate (lafraise.com)
Haut hahaha thanks Josh!! I m on a hiatus from DA for the moment anyway...
Haut

irie a écrit :hahaha thanks Josh!! I m on a hiatus from DA for the moment anyway... Because of school I think... But it's gonna be ok pretty soon.

Hey, already saw your DA, funny pictures of you and interesting draws (the banner too). Don't give up on practice.

KaYsEr a écrit :Because of school I think... But it's gonna be ok pretty soon.

Hey, already saw your DA, funny pictures of you and interesting draws (the banner too). Don't give up on practice.

yeah, the snow actually gets pretty annoying haha. we always say, it needs to be hot out ha. I would take more photographs but my camera broke at the beach that day.
www.skyeatsart.com <-- has been empty lol
T-Shirts and more @skyeatsart affiliate (lafraise.com)
Haut

annoying snow ? yes, a beautifull stuff but not cool for driving. not to mention the cold.

annoying snow ? yes, a beautifull stuff but not cool for driving. not to mention the cold.

sometimes a cool day is nice though, but I rather see warm weather.
and those other koruldia people need to post their links

I added a few more artworks on my dA but nobody has commented me on them or anything really, so I'll let everyone know here

my link is in the first post.
www.skyeatsart.com <-- has been empty lol
T-Shirts and more @skyeatsart affiliate (lafraise.com)
Haut

Opps sorry Josh I said I would check the out, I promise I will!!
Haut

Josh, you should add your DA link to your signature

, then easier to find though.

I checked and commented!! Sorry for the delay!
Haut 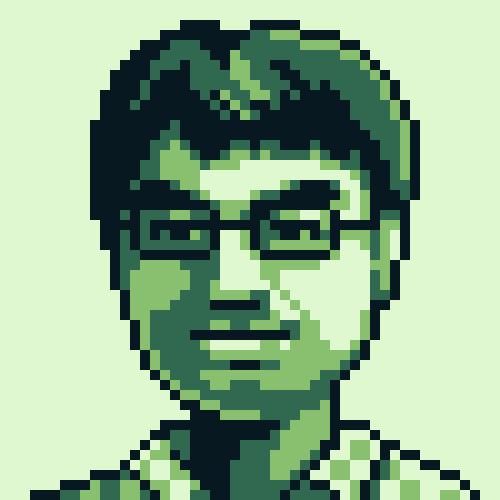 Hi,I am a supporter for Koruldia and do illustrations as part time. I may not respond much due to my full-time job and other personal life I have to deal with.

My DA page is here but I also have other social media such as Twitter.
https://www.deviantart.com/monkeytheartist

I'll take a look for sure on that link , VAX

.
Thanks for your imput. And well, thanks also for the news you shared to your Deviantart profile

! Your recent "Disgustilda" is quite funny to look at !

Don't hesitate to open a topic to introduce yourself : there is quite a sizeable portion of this forum that speaks english

Hey VAX, sorry for the delay (Irié and I were away from home for XMAS familly-time without a proper computer) but I checked your DA and I don't know why but I especially love your ghost lady:
https://www.deviantart.com/monkeytheart ... -774147422

It's really cool how you managed to have a creepy-sexy result!
It'd be the kind of thing right at home in a "memory-diving" sequence of the game, things can get really creepy or weird there after all haha. (Like in a "Yume Nikki" kind of way for example, I don't know if you know that game.)

Thanks, I might add something creepy like that in memory-diving and stalking the character. i have heard of Yume Nikki but never got around to play it. I'll inform you guys about it later on.

Let me know if have questions,I am also active on other social media websites. I don't have skype but I do use Discord as an alternative for communication.

More creepy is always good, especially in this type of game

!
Let's make the player question the universe he's into !

We do have - it's not official yet - a discord server for members of the forum. (I will have to see with Kayzer if we can do something with it, outside the ponctual chat).

We do have one new year chat in mind for january, though only french-speaking for now, because most of the people aren't scattered around the world. Maybe an english-speaking one during a sunday at an acceptable time for people living on both sides of the Atlantic ? There is one part of the discord that is for the english-speaking side, though ...

Did sent you the link in PM if you're interested, though can't guarantee that there will be meaningfull talking today, but it will certainly be the case during the next months (looking at your Monster Contest ! ). But that's up to Kayzer & Irié !